Please note: Simple Fields is not an active project any longer. Read more.

Just a quick screenshot to show the Import and Export function that I’m currently working on. This function will make it much more easy to move fields from one server to another (if you’re not using PHP functions to add your fields, that is).

Oh yes, the screenshot I was talking about: 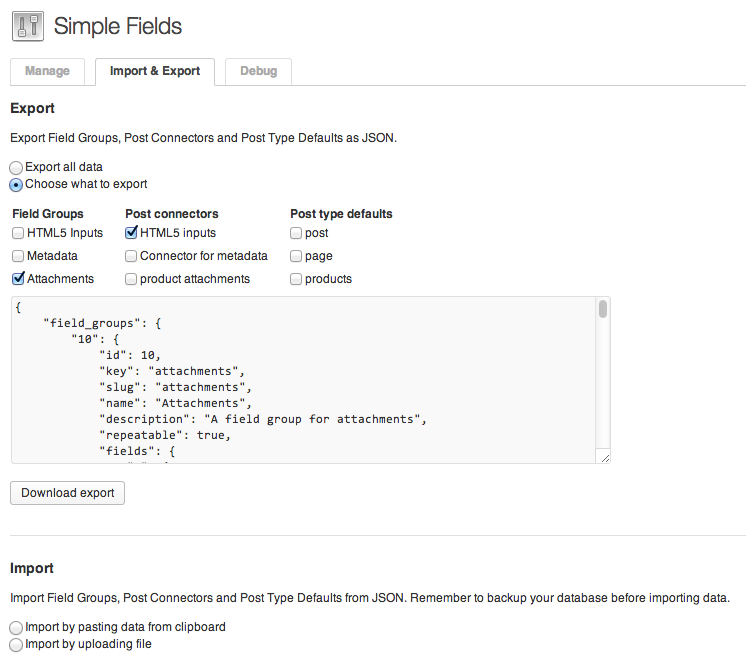